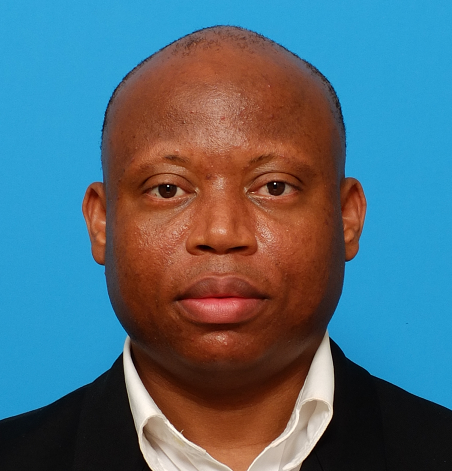 Recently in 2020 in Abua, Nigeria, I founded Scholars University, the world’s first inclusive elite scholarship university in Africa with a mission to create prosperity and reduce suffering through high quality education.

Although born and raised in rural sub-Saharan Africa and compelled by poverty to hawk farm produce in the village and attend resource-starved primary and secondary schools, I benefited from fully funded merit-based scholarships from the Japanese and Hungarian Governments and went on to obtain a doctorate degree in Systems Science and Engineering and to contribute to humanity through inventions, software products and services, academic publications and other intellectual output. I rose above the circumstances of my birth and upbringing through hard work and faith. My journey validates the premise on which Scholars University is founded and demonstrates the inclusiveness of the approach to capacity building adopted by Scholars University.

Using my personal savings and the goodwill of the people of Abua, I acquired over 130 hectares (equivalent to approximately 1.2 Km x 1.1 Km) of land with an estimated market value of over US$ 1.48 million for Scholars University. I paid a fraction of the estimated market value of over US$ 1.48 million with a promise – enshrined in a Memorandum of Understanding (MOU) I signed with the community -- to reserve a small percentage of scholarship and non-academic job slots for the people of Abua when Scholars University commences operations. This achievement required excellent management of a diverse team of real estate experts, legal experts, negotiators and communicators as well as available resources.

Earlier in 2009 in Fukushima, Japan, I founded and launched the Universal Education Initiative to help make high quality education universally accessible by giving out free licenses to standard editions of my software products to educational institutions around the world. Licenses worth over US$ 1 million were issued between 2009 and 2010. The beneficiaries of this initiative include the Michlalah Jerusalem College in Jerusalem, Israel represented by Yossi Klein, currently the Chief Technology Officer (CTO) and the New Media Coordinator at the time I issued the free licenses (including licenses to Imatronics Interactive Video) in 2010.

I am an inventor, educator, philanthropist (through Scholars University, the Universal Education Initiative and other channels) and entrepreneur and I have carried out and disseminated pioneering research and subsequently developed commercial products that enable the creation of distortion-free interactive virtual tours and 360-degree panorama / virtual reality environment navigation systems for use in Virtual Reality, Augmented Reality and related applications. These inventions have expanded the application domains for immersive virtual reality and are described in United States Patent Number 7,567,274, United States Patent Number 6,671,400 and Japan (Counterpart) Patent Number 3,650,578. Furthermore, my award-winning software products -- including Imatronics Panorama Express and Imatronics Interactive Video -- have been purchased and used by reputable organizations all over the world including, but not limited to, the British Broadcasting Corporation (BBC) and the United States Pacific Northwest National Laboratory (PNNL). These products and inventions were developed, conceived and patented while I resided in Japan and required excellent management of international teams of developers, designers, legal experts, marketers and available resources.

Apart from the aforementioned United States and Japan patents and commercial applications, I have also published my research -- in topics including Brain-Computer Interfaces, Computer Vision, Artificial Intelligence including Artificial Neural Networks, Virtual and Augmented Reality -- in peer-reviewed academic journals and presented results at peer-reviewed international conferences. Aspects of my research can be accessed via my Google Scholar profile

I have also played global leadership roles including serving as Session Chair at peer-reviewed international conferences organized by the Institute of Electrical and Electronics Engineers (IEEE) and serving as a reviewer for articles submitted to academic journals such as the IEEE Transactions on Industrial Informatics.

My research has been recognized with numerous awards including elevation to Senior Member grade (available to fewer than 8% of members at the time) in the IEEE in 2007 for significant contributions to Computer Science/Engineering, first prize at the 4th Hungarian National Youth Scientific and Innovation Competition (a premier national youth Science and Innovation contest in Budapest, Hungary) in 1995, third prize at the 7th European Union Contest for Young Scientists (a European contest in Newcastle-upon-Tyne, United Kingdom featuring the best young scientists in Europe who have already won national contests) in 1995, first prize at the Scientific Student Workshop Conference at the Technical University of Budapest, Hungary in 1995, honourable mention at the First Step to Nobel Prize in Physics International Competition in 1993 and several highly competitive merit-based scholarship and fellowship awards between 1994 and 2007.

I am passionate about leveraging high quality education for the exponential advancement of humanity.